Chess is among the finest strategy-based board games that offer players a fun and exciting experience. It is one of the oldest board games that millions of people around the globe still play. Despite being so old, the game has maintained its popularity.

Thanks to its massive fandom, there are tons of online platforms and apps that facilitate enthusiasts to play chess game against their friends or anonymous opponents.

Besides the easy accessibility factor, one of the most prominent reasons why individuals of all ages love indulging in chess is because of the positive effects it has on the mental health of players. Here are some ways in which playing chess benefits players mentally:

Without any doubt, the brain is the most remarkable organ in the human body. It is the organ that is responsible for the mental performance of individuals, which is why it is also deemed the most crucial organ present in the human body. Indulging in chess is proven to enhance the brain function of individuals since it helps players exercise their brain’s mental capacity.

When the brain has no simulation, the cells start degenerating and eventually die. Chess is like a tool that rigorously provides the human brain a much-needed mental workout. Numerous studies indicate that to be good at chess, players must develop and utilize their brain’s left and right hemispheres, which deal with object recognition and pattern recognition, respectively.

Thanks to the rules as well as the techniques involved in the strategy-based board game, indulging in chess matches regularly facilitate individuals to develop both hemispheres of their brain and, as a result, enhance their brain function.

Chess is proven to keep Alzheimer’s disease at bay, which is directly associated with memory loss. Chess players are required to come up with effective tactics and strategies to defeat their opponents. However, it is not humanly possible to learn every trick or move that can effectively counter an opponent’s moves.

With proper practice, chess players are able to develop an instinct that instructs them when to use a specific trick or strategy. This is when enhanced memory comes into play. Players can easily recall and implement the required strategies. Hence, indulging in chess facilitates individuals to flex their recalling skills and enhance their memorizing capabilities.

The best part about enhanced memory is that its use is not only restricted to the game, i.e., but improved memory also helps individuals in different aspects of life, including academics, professional work, etc.

“Cognitive ability” covers a lot of ground; thus, it is deemed a very broad term. For instance, it includes abilities like perception, language, spatial processing, etc. In simpler terms, it covers everything an individual does. While indulging in chess, every single cognitive ability is stimulated, thanks to the game covering every part of an individual’s action.

Every time an individual plays chess, they are compelled to flex different senses and capabilities. For instance, they concentrate on the chess board using their eyes, think and devise tactics using their brain, and perform numerous similar internal activities. Hence, the more an individual indulges in chess, the better their cognitive abilities become.

As mentioned earlier, chess is a strategy-based game, meaning that players need to devise and follow a better plan of action than their opponents to win matches. However, as humans, no individual is born with the native ability to conceive great tricks and strategies. The only way to do it is by practising.

Chess matches force players to devise effective moves and strategies which can overpower their opponents. Hence, indulging in chess significantly improves individuals’ ability to develop and implement action plans. This benefit of playing chess also helps individuals in other aspects. For instance, a sharp and strategic mind is much more productive since it helps in creating the most effective plan of action for every task daily.

According to a research review conducted in 2019, the complicated mental flexibility chess games require can potentially help individuals from getting affected by dementia, which is the general term used to describe loss of memory, language, thinking abilities, etc. Indulging in the game challenges numerous mental skills of players, and thus, it helps in postponing the harmful effects of dementia.

Besides dementia, indulging in chess helps people aged 75 and above avoid becoming victims of Alzheimer’s disease. Many studies have shown that old people who play chess games are less likely to suffer from dementia than other old individuals who do not play the game. Since the brain works or functions like a muscle, it requires regular exercise. Hence, individuals aged 75 and above who regularly indulge in chess remain safe from Alzheimer’s disease.

Chess has been described as the game of gentlemen, prodigies, philanthropists, and numerous other kinds of gifted people. Due to this, a myth has been created that only intelligent people can indulge in chess. The reality, however, is different.

It is an incredible game that offers numerous benefits, out of which the ones related to the mental health of individuals, as mentioned earlier, are the most prominent ones. Hence, any person looking for a beneficial game that helps them in multiple ways should seriously consider playing chess regularly. The game is readily available both online and offline, and thus, any interested individual can easily start indulging in chess without hassle. 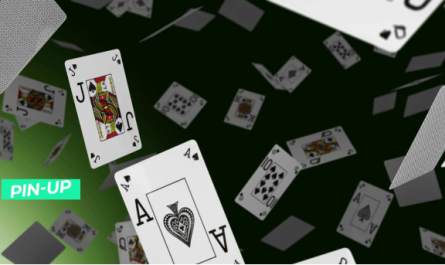